Remove Taxes/Lower them choochoo500 • 16 days ago 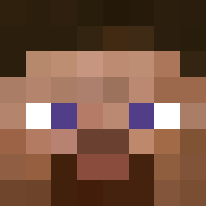 Remove Taxes/Lower them
As all of you may know, on the Survival gamemode on CubTime has a tax system. How it works is each Sunday the System takes 10% of your money if you have over 10,000,000 cash. Honestly, I think that feature should be removed because there is not alot of players that are making alot of money, and what if they work for like 3 months then get around 200M, the next Sunday they would lose -20M Cash from their bank accounts and so on until they are back to 10M. And the Tax system has no benefits for the server. Everyone in the KOB Gang (Owners of /warp FreeXP) used to have like 200M or higher, now most of them don't even have 100M! They hate the tax feature so much that they have a Discord server called "Tax Evasion Gang." So you can tell most players really don't like the Tax Feature at ALL. I don't know who controls the Tax Feature but I really hope that whoever does can read this and remove Taxes or lower it to a smaller percentage. Thanks, and bye! Discord: fruitstem#0904 Edit: I wouldn't mind if you guys made it like every other sunday
20 days ago
Replies