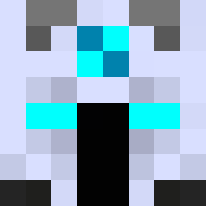 choochoo500
Welcome to the new forums.
5 months ago

Does anybody have a map download for the old idmc map from 2015?
does anybody have the map download for 2015 idmc? wasnt the only gamemode survival without hub?   the one with the broken shop itemframes, the one that hed an actuall sign shop in spawn if you went up the stairs. When i met fluffypanda155, the place with the original /warp IDMC unfortutaly all the screenshots from the place, that i had were deleted (overwritten) when my pc stopped working.
4 months ago

We need to talk about claiming.
wiicart said:       Yeah, it's hard to claim large areas   Yep, and is that the point? oh, so we have removed a way more pratical system due to people not claiming huge areas even tho they need claimblocks for such. (im not making immitaing anyone or staff)   i understand that the old system is broken, but it can be fixed cant it?
4 months ago

We need to talk about claiming.
choochoo500 said:     "So, in conclusion, the emerald system is only "flawed" to those who it is more inconvient to."   Yes, but its highly incovinent to have floating emerald blocks, it is also highly inconvinent that you only get  51x750x51 this makes it very irritating to use. if it was something like 300x100x300  that make more sense. the shovel system let you fly from corner to corner and claim, and you'd have to play to get claimblocks. its great. Most servers use this system because its simply. superior.   The emerald placing, i spent 4 hours trying to claim a island. Turns out half of that was wasted time because some person built there before me and didnt claim or whatever. SO, its going to take me forever to try and do this again. and fix my placing. With Shovel this would take me 5 minutes.   also like worm mentioned: this image shows that most people prefer shovel. so you can say its not just incovinent to some people. it is to most people.
4 months ago

We need to talk about claiming.
You found anything yet cobwebster?
4 months ago

We need to talk about claiming.
i guess theyre working to fix it?
5 months ago
Replies