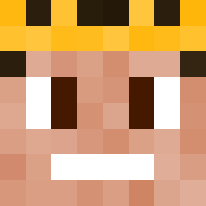 QueasyCarBoy
hello, why do levels drop down if i don't do that job?
About 1 month ago

Kinkaiii
Mr, you're evil and that bug had a wife and kids. Why did you taze him?
About 1 month ago

RealIceBoy300
Stef can you hear me
2 months ago

Sell Hoppers
Description We've been listening to the community and we found a faster and more effective alternative to sell wands:  Sell Hoppers. They allow you to sell any drop that gets sucked into them. This means less time spent on selling your items and more time spent on actually building up your factory! Not only that, but it can increase your farm efficiency significantly since you can now AFK without your chests getting filled up. There are 3 tiers: 30% Efficiency - Given to GOD rank. Is useful for afk-ing at farms, but selling manually is still the better option II: 70% Efficiency - Ideal for AFK'ing, and available for purchase with in-game cubits. You do need to pay monthly upkeep, but it is definitely worth it. III: 100% Efficiency - Is available exclusively on the store (and maybe some events) and makes your farms orders of magnitude faster. IV: Depending on how the economy does with the new implementation, we may add other hoppers accessible doing all kinds of stuff. All chunk hoppers that filter for that item will then transform into sell hoppers and will try selling the item before putting it in the hopper. This means that your old farms will automatically work with sell hoppers if you have the permission. How To Convert Conversion is easy and quick. Since the new chunk hopper format is different, what you'll need to do is to remove and replace the chunkhoppers you want to sell. This is so they can get a "owner" ID that will be then used to pay you once sellable items get collected.   Money Payouts To prevent lag, the money generated by the chunk hopper is given on "payouts" that happen every few minutes. This shouldn't affect you too much, as the money you earn is still the same, but it also means you may have to wait a bit until your farms produce the cash you're looking for.   100% Efficiency Hopper Sale100% Efficiency hoppers are now 50% off on our store to mark the anniversary of this technology's birth :P
3 months ago

CraftMc? Where? Cubtime!
ElijahStillPlayz: what about people who were trying to voice their concerns? just getting ignored?? (Not that i did voice my concern) I haven't ever intentionally ignored any concerns about the server. I've tried to go out of my way to hear people out, even PM-ing people when I felt they were unsatisfied with the server. Some outright blocked me on discord instead of answering, some started trolling me and making fun of me trying to help people.
3 months ago

CraftMc? Where? Cubtime!
choochoo500: Why are all the gamemodes in "Going Forward - Our Plans" minigames? A lot of the people I know are hostile to minigames on the server. This just seems to go against the general philosophy. Hopefully we can get more details in the future to change our minds. The way we define a minigame is a server that has no progression, while a game is a server that allows you to slowly progress through to ranks and unlock more stuff down the line. While this definition may not fit all games, it does define the complex Minecraft environment quite well.  Using this definition, the following server types are categorized like this: Minigames: BedWars, SkyWars, KitPvP, PracticePvP, BuildBattle, Cops & Crims, etc Games: Survival, Factions, SkyBlock, Prison, GTA (as you can buy homes and stuff), SkyPvP, Anarchy (we all love 2B),  Creative, Acid Islands, etc. So yeah, we actually do want to open more games first, and then minigames later, but we also want to make sure that we have our own touch on each new game we create.  For example, our skyblock would be a game, as you would still have your own island to build on, items to progress through, etc.
3 months ago