What are your fondest memories of idmc/cubtime? jrninjaboy915 • 4 days ago

My Introduction (Redo) IdConfirmed • 25 days ago 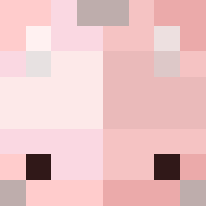 CallMeToka
Omg, I love you. Can I get an autograph?!
3 months ago

Eeren
Hey, aren't you that one cool person? From Creative?
4 months ago

OhItsFrance
Hello there Ice
5 months ago

OhItsFrance
Hi Len, I love you Len, but why just kind of ;-;
5 months ago

Lenvader
You're basically my twin so you HAVE to be 100% cool. B)
5 months ago

Lenvader
Also, I love you too <3
5 months ago

Lenvader
You're KINDA cool. Just kind of.
5 months ago

Quarantine
I want to focus on riding my bike more often so I can go up hills easier and look at my nearby farm, as I can't bike up there without becoming too tired and giving up. It's like a mile long and is very steep, so it gives me lots of time to practice biking. (I also want to read the entire English Dictionary, never will happen though.)
4 months ago

Some Fun Stories
You could appeal the ban right? I have no clue on what you did but I'd appeal maybe.
5 months ago

Very French France (Introduction)
Aha, I'm sure some of you know me. The one and only, France. I've played since 2017 and enjoy talking to the community and meeting new people! You may know me as Franco, Francophone, Banana, Creamy, Eevee, Miri, Erin, anything. My favorite gamemode on CubTime is definitely Creative as you can usually find me there! I also do some things outside of the internet such as Track, Cross Country, Self-Taught Dance classes (I'm lonely-) and reading if I finally find a good book. Some of you know my weird obsession with making miniatures of people. I also enjoy writing stories and am open to sharing more of my weird stories from home.  If you want to know more about me, I'm open to share more. (Fat Rock will become famous.) -Francophone/France
5 months ago

The Sad Sack That Is The Attention Span of Survival
I'd try working my way up onto baltop and getting to know the community, it's somewhat cliche but it's generally fun to get into some friendly competition. It can be boring at times, but sometimes you need to get through the boring times to get to the fun times. (Plus if everything was fun, then you wouldn't be able to feel fun because it's a usual emotion. Then everything would be boring TT)
5 months ago

Some Fun Stories
I have stories to tell, but no clue where I should put them so I considered putting them here, so I did. These are not stories from in-game, they're just some stories that I'd figure telling you guys if you wanted to get to know me. Story One, my Brothers, and my Rocks.  So my family and I went on a hike one day, and me being my small 5-year-old girl, (who was raised to be muddy and live for the outdoors) I decided that I wanted to have pet rocks. I named them, I honestly forgot what I named them.. but I do remember my brothers calling them: "One rock, two rock, three rock, four rock, and fat rock." I was annoyed so easily back then.. so I screamed and yelled until they would stop (But they didn't.) I almost lost my voice, I was that mad. The story just ended off on me being sent up to my room, but it's funny. You may ask about where the rocks are... So uhm, my Dad burned them in the fire later that winter. I have "Fat rock's" remains as he split in half. The other four were burned up.  Story Two, my Weird Obsession with K-pop.  So many people judge me for this, it's funny. So I enjoy listening to Korean music, and whenever I talk to someone about music, I'm either dying on the inside because like, you either hate K-pop or love it, or you just don't know what it is.. So one day, I was talking to a friend about music, and he was like: "You like K-pop? So are you a weeb..?" K-pop can be considered in the weeb category so I just said, "I guess so..?" Then he brought up the topic of anime and I was like: "Woah there, I don't watch that?" It ended up in a huge debate if I'm a weeb or if I'm not. The result? We'll never know because the school day ended. So there was two stories about myself, I cry over rocks and I'm a weeb (possibly?) -France .w.
5 months ago
Replies
Replies
Replies
Replies
Replies
Replies