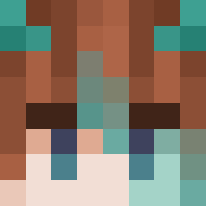 Lynko
i cannot
4 months ago

Lynko
how do i delete a person's post i wanted to be first on my own feed >:(
6 months ago

Lynko
Go away kid this is my profile
6 months ago

I "won" a Legendary Key in a DropParty Key
Froxinite: Lynkono, hey! :D Please let me know the next time you are online so that I can give you the key. ^^ k. is there a way to change my ign to Lynko here?
4 months ago

I "won" a Legendary Key in a DropParty Key
The DropParty crate said I won a Legendary Key but it didn't put a key in my inventory. I will bring a screenshot soon. Edit: https://imgur.com/a/iGEiX7J look at chat
4 months ago

Dungeons Bugs and Issues
So I was testing out the new dungeons feature, however I noticed that there are a couple of bugs and issues. This is what I have noticed: The archer's wolf hardly attacks Items you recieve from voteparties and first to type events will be given to you when you play dungeons, however when you die, those items you were given will disappear and won't appear in your regular inventory. Mobs hide sometimes and a new wave won't begin until all of the mobs are dead, so I want there to be a visible at all times name tag on the mob so we can track them down.  Also some mobs spawn in high up places but they are surrounded by blocks so you might need gladiator or archer to even reach them Anyone notice other bugs and issues?
4 months ago

Im making a public announcement
see ya. I left the craftmc discord but you can still dm me at Lynko#3942 if you want.
4 months ago