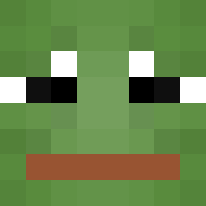 IdConfirmed
Welcome to the CraftMC Forums! Makes sure to read the rules (https://www.craftmc.net/rules/) and I hope you enjoy it here!
5 months ago

What’s your favorite hobby?
#1 Has to be Driving/Racing cars. Love every second of it #2 Would be longboarding (downhill is the best) #3 Playing CS:GO
5 months ago

Real OG over here.
Hey! Some of you may know me. I joined IDMC in 2014 I believe, and loved it from the start. Bought the Obsidian Rank for Custom Survival to support the server and started my home. After playing for a while I applied for mod and got accepted (I still have a screenshot from when Cob requested to teleport to me to promote me to Mod, this was before chat mods and temp mods were a thing) I did my Mod duties, and Life and Family things happened, and I had to leave IDMC for a bit. After I got back, I was no longer mod, but I kept playing cause I had a good rank, nice homes and good reputation on the server. I played less than I did in my prime, but not playing for months straight. After that I played less and less, to the point I got on once every few months. School got in the way and I had no time to play Minecraft and forgot all about the server, out of sight out of mind. One day I got bored of my normal games and looked at the Minecraft Icon on my Desktop, and decided to play. I came back and realized all my homes and money were gone, but I still had my rank. So I rebuilt from there and made new friends along the way. I got further than I ever have before and had alot of fun. Then school got in the way once again and I had to stop playing. But Now I'm back and better than ever, doing good in school, I have a car now, and I get my license in May. I hope I'm here to stay.  I used to create music, but now I don't as I'm not really inspired to anymore, I love driving and racing cars, especially Mercedes (I have a 2005 MB C-240) Skiing, games, and I'm currently ranked 15th in my State for diving. I'm a sophomore in Highschool (Year 11) and my Dream job is to be a commercial airline pilot.   Thanks for taking the time to read my introduction!
5 months ago

What are your favorite memories that happened on the old IDMC?
I agree with IDConfirmed, when I found out I could use /d I tried so many animals, and got to slimes, then I realized you could change the size, and then I got to size 100, and told my friends to tp to me. They had no idea what was happening for a second. It was awesome. OH! and people thinking I was a hacker cause I had /fly.
5 months ago
Replies