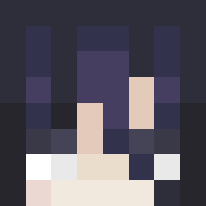 OhItsFrance
It's Anx :O
2 months ago

ImIllegal_
Is that Anx Jun Un?
3 months ago

Anxiity
Hecc no u
3 months ago

UwU or OwO?
uwu for the win but ^w^ is the supreme overlord
3 months ago

Intruductun
@michaelmode I've seen you in-game too but I don't usually speak except for word give aways. And now I'm mostly on the creative server.@CallMeToka I can spell a lot better, trust me. But it was time for me to say my own unique way of introducing myself
5 months ago

IDMC builds
I can't place it here, but I'm pretty proud of the octopus I built on a spawn that was never released as well as the dragon fishbowl and the unfinished gryffin. So now! I will make a new best build, something complicated and hard to do. Humans are hard right?
5 months ago